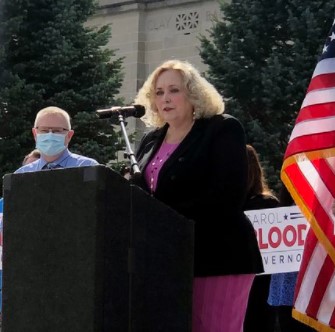 (KFOR NEWS March 28, 2022)   OMAHA, Neb. (AP) – Democrat Carol Blood has chosen a former state senator and rancher from western Nebraska to be her running mate in the race for Nebraska governor.  Blood, who is currently serving in the Legislature, announced her pick on Sunday.

Davis lost his seat to Tom Brewer in 2016 after facing negative advertisements during the campaign over issues that he had clashed with Gov. Pete Ricketts over.

Blood faces a big challenge because the state’s voters haven’t backed a Democrat for governor since the 1990s.