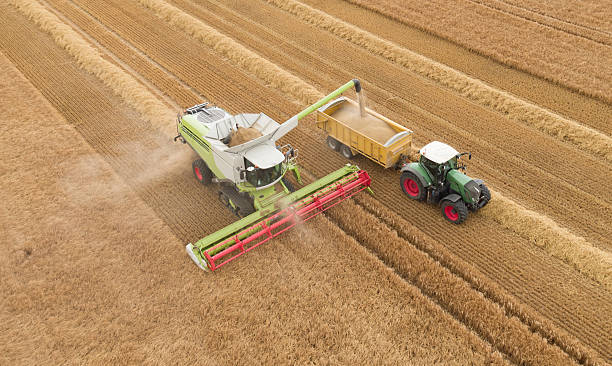 (KFOR NEWS  October 28, 2022)   Nebraska farmers have never seen cost increases like this.  The drought, crop inputs, and other farm costs expected in 2023 are top of mind concerns for farmers and ranchers across Nebraska according to a non-scientific poll conducted by Nebraska Farm Bureau.

According to the survey, producers’ top concerns over the next year continue to be input prices (35%), followed by drought (32%), supply chain disruptions (20%), and crop and livestock prices (11%).

“It is abundantly clear rising input costs, and the drought are among the top stories for Nebraska agriculture this year.  Rising costs clearly impact the current and future financial health of agriculture and it will eventually trickle down and impact Nebraska’s economy.  Agriculture remains critically important to the economic prosperity of Nebraska.  When agriculture does well Nebraska does well,” said Mark McHargue, president of Nebraska Farm Bureau.

According to Nebraska Farm Bureau’s Senior Economist Jay Rempe, input costs for farmers and ranchers have risen significantly since January 2021.

“Diesel and fertilizer prices are well above levels seen over the past decade.  The fertilizer price index earlier this year was 94% higher than the January 2021 index, nearly doubling. The diesel index was up 118%.  The chemical price index has risen 55% over an 18-month period.  Hay prices (a proxy for feed costs) have also seen increases, with the index increasing 28% compared to January 2021.  History shows hay prices are greatly influenced by drought,” said Rempe.

The extraordinary cost increases to absorb in a short period of time has created tremendous management challenges for farmers and ranchers.

“These increases are occurring because of the strong demand, higher energy cost and the supply disruptions due to COVID, the war between Russia and the Ukraine, trade policy, and drought.  These challenges are especially difficult to manage for young people who are just getting started in agriculture,” McHargue said.

Rempe also analyzed how the drought would impact crop producers, but to do that it’s important to imagine what production would have been in the absence of drought.  For crop producers overall, production will be down with the impacts becoming better understood as harvest
continues.

“Making some assumptions regarding yields and prices in a world without drought, the value of this year’s corn crop could be $1.1 billion less compared to what might have been.  And the value of the soybean crop could be $674 million less.  Adding an estimated figure for the forgone value of wheat production—wheat production this year was 31% less than what might have been expected—the total loss in value to Nebraska’s corn, soybean, and wheat producers could reach nearly $2 billion.  But it’s likely to be worse because these estimates do not account for other crops like sorghum, sugar beets, sunflowers, and dry beans,” Rempe said.

Those who raise cattle and other livestock have also felt the impacts of drought.  Much of Nebraska’s pasture and rangeland is rated in poor or very poor condition.  Alfalfa production is projected to be down 22 percent this year compared to last year.  Other hay production is expected to be off 18 percent compared to 2021. Less forage production means higher forage prices.  Additionally, the cost of other feedstocks like corn and distillers grains have risen too.  These impacts—less forage production, stressed pastures, and higher feed costs—stem largely from the drought.

“Nebraska cow/calf producers are making decisions whether to keep the herd intact and pay higher feed costs or liquidate cows to reduce costs.   Nebraska’s beef cow herd was already shrinking prior to the onset of the drought.  Several factors point to the decline continuing in 2022.  First, the average weekly beef cow slaughter for region 7 (Nebraska; Iowa; Missouri; Kansas) through early October was 34% higher compared to the same period last year.  Second, weekly heifer slaughter numbers through mid-September were running 5% ahead of last year,” Rempe said.

The Livestock Market Information Center (LMIC) reports heifers are entering feedlots at a higher rate this year.  So, selling cows and marketing calves earlier can mean increased revenues this year, but the sales that shrink herd size will impact the operations in the years to come.

“Fewer cows mean fewer calves. Fewer calves mean fewer cattle to sell next year and fewer available for feeding and ultimately for processing into meat. Thus, the impacts of this year’s drought on cow/calf producers and other cattle sectors could linger for years,” Rempe stresses.

The Nebraska Farm Bureau is a grassroots, state-wide organization dedicated to supporting farm and ranch families and working for the benefit of all Nebraskans through a wide variety of educational, service, and advocacy efforts.  More than 55,000 families across Nebraska are Farm Bureau members, working together to achieve rural and urban prosperity as agriculture is a key fuel to Nebraska’s economy.