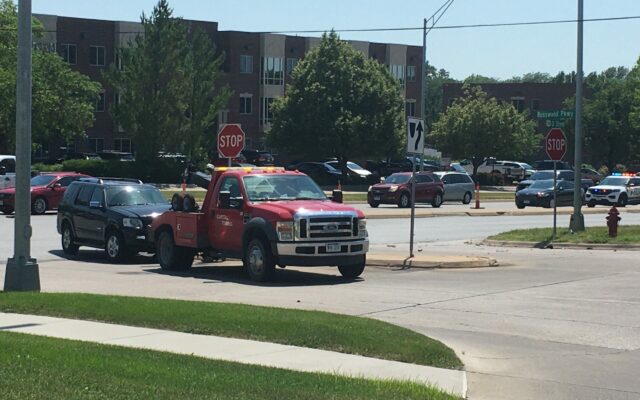 LINCOLN–(KFOR July 5)–A crash during the noon hour Tuesday in east Lincoln has caused traffic issues for most of the afternoon.

Lincoln Police and Lincoln Fire and Rescue were called just after 12pm to Russwood Parkway and “O” Street, just west of 84th Street, where a motorcycle and another vehicle collided.  Westbound traffic was blocked off most of the time, while the eastbound lanes were moving, but extremely slow.

KFOR News did check with Lincoln Police about any possible injuries and what to the crash, but officers said everything remains under investigation.