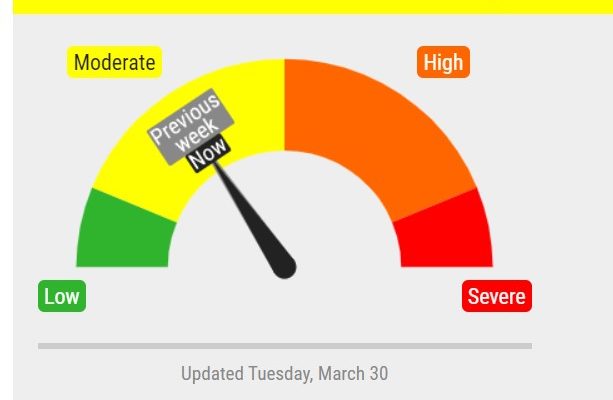 Lincoln, NE (March 30, 2021)  One person died as a result of Covid-19 in Lincoln today.  He was a man in his 60’s, in a hospital at the time.  His death increased the Pandemic toll to 227 in Lancaster County.  The City-County Health Department also reported 62 new cases today.

Over 109,000 Lancaster County Residents have received at least their first dose of the Corona Virus Vaccine.  Not surprising, the age group with the highest percentage of its members vaccinated is senior citizens.  Health Director Pat Lopez said today that over 9,000 people were inoculated in two clinics last week.

Next week’s clinics will target people 55 and over.  Unlike Pharmacies participating in the Federal program, the City-County Health Department is continuing its focus on age groups, with most shots earmarked for those in the upper age groups.

This week’s covid 19 Risk Dial remains in the middle of the “Yellow” range, indicating a continuing moderate risk of spread.  Factors explaining the decision included the following, according to Lopez: