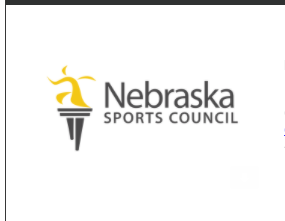 At the 5K Road Race at Holmes Lake in Lincoln, Phillip Duncan of Fremont was the overall winner with a time of 15:50. Duncan’s time of 15:50 is the fastest in the past 10 years. Kelsey Oliverius of Lincoln was the first female runner finishing in a time of 18:56.

The Two-Person Golf Scramble at Woodlands Hill Golf Course east of Lincoln had a record number of participants, with 40 teams. Scott Bartels and Bryant Klotthor of team F & A Cotton took home the gold.

The Ice Hockey tournament, named the Motto McLean Classic, had the Games’ largest participant count with 855 athletes. Four different Omaha rinks were used. Fifty teams from across the U.S., including Colorado, Florida, Iowa, Kansas, Nevada, and South Dakota took to the ice over the weekend.

On Sunday morning, 160 athletes competed in the Triathlon held at Holmes Lake. The overall winner was 20-year-old Nehemiah Kohll of Omaha, who dominated the competition, winning by nearly eight minutes. On the women’s side, Kristin Kurokawa, 38, of McKinney, Texas took home the gold. Kurokawa finished 7th overall in the race. Seventeen-year-old Gretna native Lilly Brophy won the silver and finished 8th.

In total, over 10,000 athletes competed in the 37th annual Cornhusker State Games with 70+ sports. Several states were represented in the 2021 Games. Nebraska Sports Council Executive Director Dave Mlnarik was pleased with the turnout.

“This year’s Games had over 10,000 participants, and all the events went off without any major hitches. We are blessed to have a state with active people who like to get together for friendly competition. We are also blessed to have strong support from the business community and thousands of willing volunteers,” Mlnarik said.