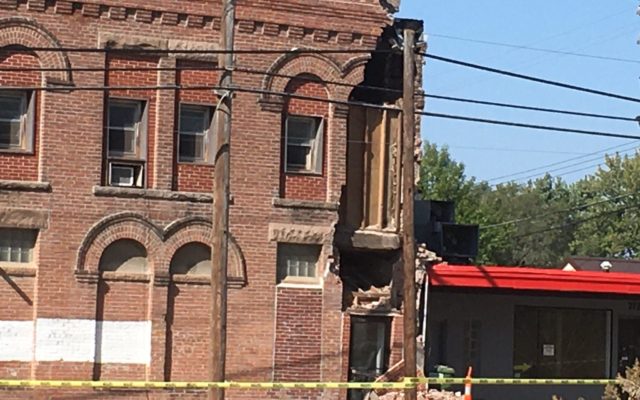 LINCOLN–(KFOR Oct. 12)–A partial collapse of the building that used to house Amen’s Liquor at the corner of 12th Street and Belmont Avenue.  Reports indicate the building was vacant.  Lincoln Fire and Rescue said the sidewalk near the building was closed Monday night because the building appeared unstable.  KFOR News saw Speedway Properties officials and crews from Black Hills Energy at the scene surveying the damage and also working to further restrict access into the building.