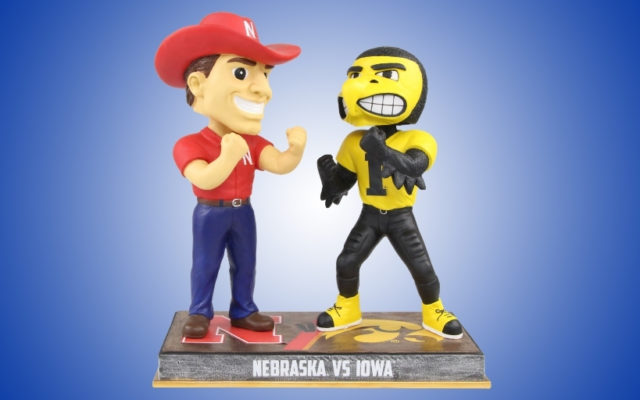 The Iowa-Nebraska football rivalry aka “Heroes Game” is traditionally held on the Friday after Thanksgiving, with the two teams set to square off this Friday, November 27 at Kinnick Stadium in Iowa City, Iowa at noon.  Nebraska leads the all-time series, 29-18-3.

A GREAT gift for you or the Husker fan in your life! BUY HERE!