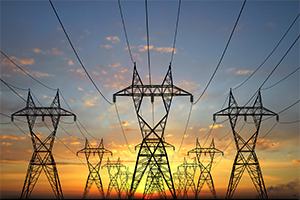 LINCOLN, Neb. (KOLN) – The effects of widespread and extreme cold have led to new electricity use records and the declaration of several advisories in Southwest Power Pool’s service territory, which includes Nebraska.

According to a news release, SPP set a new record for electricity use during the winter season on Thursday, with load exceeding 47,000 MW.

The previous record was 43,661 MW, set on Feb. 15, 2021. During that stretch in 2021, thousands of Lincoln Electric System and Nebraska Public Power District customers locally were impacted by the rotating outages implemented during that time.

However, NPPD says that even though usage this week in the SPP region has exceeded that 2021 stretch, other factors are making it easier to get power to customers.

“The extreme cold in 2021 resulted in some generation resources/plants not being available and the natural gas supply was impacted by the freezing temperatures. Some natural gas wells had issues with freezing, which impacted how much natural gas was available. While the wind chill temperatures are extremely cold right now, the actual temperatures across the entire region were lower in February of 2021. Overall, we have not seen the same issues this week as we saw in February 2021,” a spokesperson from NPPD said.

The increased use this week did lead SPP to declare an Energy Emergency Alert 1 (EEA1), which went into effect Friday at 8:27 a.m. That lasted until conditions improved and the alert ended at 10 a.m.

An EEA1 is an indication that while SPP has enough generation available to meet demand, conditions exist that could put reserves at risk if they worsen.

An EEA1 is the first of three levels of energy emergency alert. An EEA2 would be triggered if SPP could no longer meet expected energy reserve requirements.

The current level of alert, a Conservation Operations Advisory, does not require the conservation of energy and does not indicate that SPP will be directing controlled service outages.