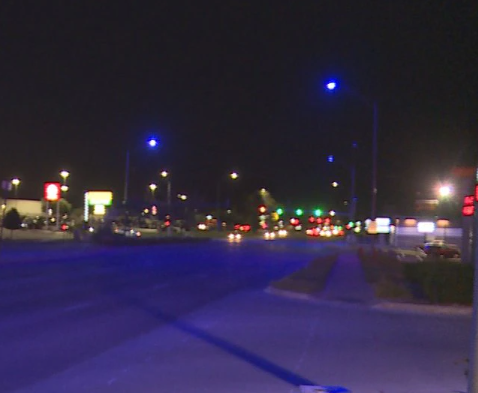 LTU has determined that about 1,500 of the more than 26,000 LED lights installed during the LED Streetlight Conversion Project completed in 2019 have turned from white to purple. Lincoln has a total of 32,423 LED streetlights.

“Because the purple hue is a manufacturing defect, these LED light replacements will come at no charge to our taxpayers,” Elliott said. “What has happened to our streetlights has happened to cities across the country, including several in the Midwest.”

Elliott said that about 40% of the defective lights have been replaced, and crews are scheduled to continue replacing the remaining lights beginning October 31. Crews will be able to work throughout the winter, she said, but LTU project dates are subject to change due to weather and unforeseen circumstances.

“Properly functioning LEDs are already installed in 95% of our city’s streetlights,” said Mayor Gaylor Baird. “Now, together with our partners, we are ready to finish the job and when we do, Lincoln will have a literally brighter future.”

The City of Lincoln undertook the city-wide streetlight conversion because LEDs save taxpayer dollars, enhance safety of drivers, cyclists, and pedestrians, reduce the amount and cost of maintenance work, and protect the environment. Some of the benefits to the community include: