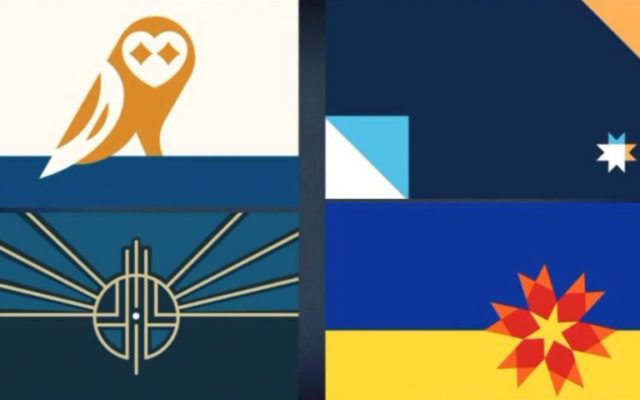 (KFOR NEWS  October 13, 2021)   (KOLN)  After hundreds of designs were submitted, only four remain to become the new official flag for the City of Lincoln. The current Lincoln flag was adopted in 1932 and after nearly 90 years, the Lincoln community will be the one’s to decide the new flag.

All designs were submitted by August 1, 2021 and an eight person committee decided what was supposed to be the final three designs, but they came to the conclusion of the final four.

“We were ranking in categories on how much it represented the community,” selection committee member Todd Ogden said. “After a meeting or two it became clear there were some common themes and some common flags that really stood out.”

Each flag chosen has a different design, meaning and representation of Lincoln.

The entire campaign has been privately funded and community members were the ones that came forward, supported the graphic designers and took the initiative of creating a new flag. That’s why the selection committee finds it so important to receive feedback, and welcome input from the entire community.

“It’s nearly impossible to have something, look at it right away and say this is 100 percent Lincoln, this is what we want,” Ogden said. “At the end of the day we really need something that we can be proud of, something that we can continue to adopt throughout the years and just have a symbol that we are proud to be a part of Lincoln.”

After selecting the new flag it will be taken to City Council, where they’ll make the ultimate decision of when and how to incorporate the new flag into the city.

The committee will be accepting feedback on each of the four finalists until Friday, October 15.