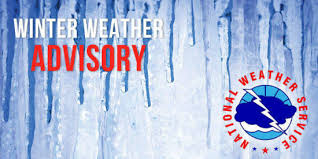 A Winter Weather Advisory remains in effect until noon Wednesday.  All available plow and spreader units will remain on continuous duty until further notice.

Residential streets remain icy across the City, and LTU Interim Director, Tom Casady, says crews have responded to as many service requests as possible.  The City has adequate supplies of salt and sand, but Casady says salt is ineffective in the very low temperatures, and sand is easily dispersed by traffic.  He says school and bus routes remain a priority for sanding operations.

The City’s top priority in winter weather is to keep the 1,300 miles of arterial streets clear and safe.  These main streets were pre-treated with anti-icing brine before the storm began and remain clear and dry.

“I want to thank our hard-working LTU crews for keeping our major streets safe for traffic during this difficult storm,” Mayor Gaylor Baird said.  “I’d also like to thank our residents for their patience following this challenging ice event and for continuing to drive safely.”

On average, the City uses 8,300 tons of granular salt and 540,000 gallons of brine on the arterial, bus and school routes every year.  The City’s budget for winter operations for this fiscal year was about $4 million, including about $1 million for de-icing material.

Casady said the City does not have the personnel or equipment to pre-treat all 1,700 miles of residential streets before a storm begins, and the cost would at least double the City’s current snow budget.  He said the progress of the storm – snow, freezing rain, snow and a flash freeze – made it impossible to prevent icing on residential streets.

“In storms like this, there is little we can realistically do to prevent Mother Nature from causing problems,” Casady said.  “We have more capabilities in dealing with snow, but ice presents very difficult challenges, especially when temperatures remain low.

Casady said the Winter Operations Task Force made some very good recommendations in its report last October, but it will take time to re-examine routes, purchase equipment, and budget for those changes.  Casady said LTU is incorporating changes it can make immediately, including the consideration of plowing in residential area in some cases when the snowfall is less than four inches.  That change, however, would not have impacted the latest storm response.

The public is encouraged to keep track of winter storm operations at snow.lincoln.ne.gov and by following @LincolnSnow on Twitter.  Problem areas can be reported with the UPLNK phone app and by clicking on the UPLNK icon at lincoln.ne.gov..