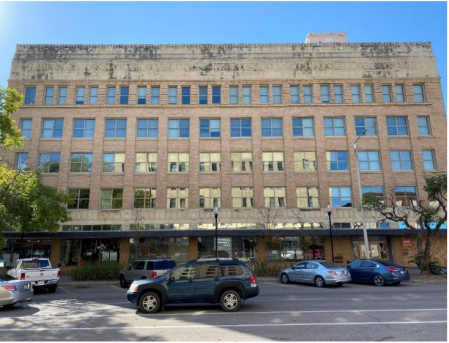 Lincoln, NE (March 1, 2021)  The Lincoln City Council helped pave the way for a developer to finance a veteran-preferred housing development in East Lincoln Monday. Burlington Capitol of Omaha plans to remodel the V-A Hospital building just south of 70th and O.  The building will not change appearance on the outside, according to Company representative Zach Reinhart, but it will be converted into 91 units inside.  Plans call for Studio, One, Two, and Three Bedroom units.

The Council voted to signal its intention to act as a conduit for the sale of $7 Million in bonds to finance the project, but made it clear the developer, not the taxpayers, will be obligated to pay the bonds.

Asked about the timeline, Reinhart said that design work will move forward with the Council vote, but said that the project still needs tax credits from the State of Nebraska in order to work.  He said that the timing of a decision on the tax credits is not known.

The Council also give its approval to a redevelopment plan for the Lincoln Electric System building at 11th and O.  The building will be converted into residential and commercial space.  The Council agreed that a discussion needs to be had in the near future about the permanent commitment of parking spaces in downtown garages for the use of residents.  In this case, however, Urban Development Director Dan Marvin said the building used about 100 parking spaces for Lincoln Electric System employees, and will require only about 60 for the residential development.

Also on Monday, the Council removed a resolution from its pending list on ending the City’s declared state of emergency for Covid-19.  A Public Hearing and vote on the resolution is scheduled for its March 15th meeting.