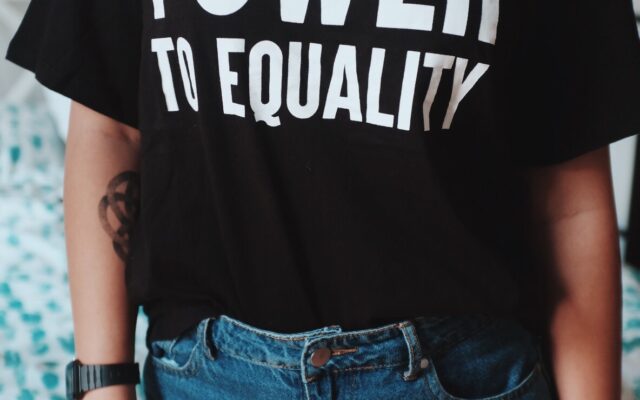 LINCOLN, Neb. – (January 27, 2022) The Lincoln City Council is starting the process of updating its nondiscrimination code, an effort that council members, business leaders and advocates say will help the city build on its reputation as a community that welcomes everyone.

On Monday, Jan. 31, Councilwoman Sändra Washington will introduce legislation to update Title 11 of the Lincoln Municipal Code (Equal Opportunity) to harmonize local protections with the last two decades of changes in federal civil rights law. The code was last updated in 1996.  Existing code prohibits discrimination in places of public accommodation, housing, and employment based on race, color, religion, sex, disability, national origin, familial status, ancestry, age, or marital status. The update would specifically prohibit discrimination based on military and veteran status, sexual orientation, and gender identity. It would also clarify existing protections based on marital status and disability.

With a broad coalition of community partners that includes the Lincoln Young Professionals Group, the Lincoln Chamber of Commerce, OutNebraska, the ACLU of Nebraska, faith leaders, and other civic leaders, councilmembers are confident Lincoln is ready to enshrine its reputation as a community that treats everyone with respect no matter who they are or whom they love.

“Equal treatment and fairness are values the Lincoln Chamber respects and seeks to promote. We know these values are essential for a welcoming economy that holds strong business and vibrant communities together,” said Jason Ball, president and CEO of the Lincoln Chamber of Commerce. “As our community becomes more diverse it also is becoming increasingly more inclusive, more accepting and more tolerant. This is positive growth, we should be nurturing and encouraging this progress, not ignoring it.”

The Lincoln Young Professionals Group said the change is a positive step for Lincoln’s young people and its economy.

“With workforce shortages and record unemployment, retaining and attracting talented young professionals is essential for Lincoln’s future,” said Lincoln Young Professionals Group Coordinator Kayla Meyer. “In order to retain the next generation of leaders, we need our young people to be proud that they live in a city that is respectful and welcoming to all.”

Washington, who brought the legislation forward, said her fellow councilmembers believe now is the time to move forward on the update.

“This update to our city code is about putting our values of respect into practice; about further creating a community that welcomes the talents of everyone. It’s past time we make sure every Lincoln resident can’t be fired, denied housing or turned away from service for who they are or who they love. This ordinance will help our community grow by attracting business, aiding in recruitment, and helping to keep our young people here in our great city.”

Now is the right time to update Lincoln’s civil rights law and join more than 200 cities and states across the country to explicitly protect our citizens from unfair discrimination in employment, housing, and public accommodations on the basis sexual orientation and gender identity and expression.

Title 11 of the Lincoln Municipal Code was last revised 25 years ago in 1996.  Since that time, there have been significant developments in civil rights law in housing and employment as well as in how the Lincoln Commission on Human Rights investigates complaints, presents those findings to the commission, and pursues civil cases for violations at public hearing. The Commission has been working on proposed changes for several years to modernize Title 11.

Since 1996, there has been a national trend to include sexual orientation and gender identity and expression as classes protected by civil rights laws.  This trend culminated with in the US Supreme Court decision Bockstock v. Clayton County in 2020, which recognized that federal civil rights law protects LGBTQ Americans from discrimination in the workplace.

The proposed update maintains religious exemption language. If passed, religious organizations may continue to create and maintain communities composed solely of individuals of their faith without running afoul of Lincoln’s nondiscrimination laws.