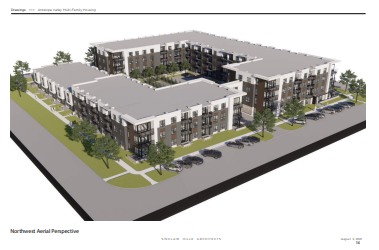 Lincoln, NE (November 8, 2021)  The Lincoln City Council gave final approval Monday to two major development projects. They approved the final plan for re-development of the Atrium Building, located downtown between 12th and 13th streets on N. The project will end up with 191-thousand square feet of office and retail space. The city will chip in $3.6 Million dollars in tax increment financing to pay for public improvements to the building.

The Council also approved plans for the 158 unit Antelope Village residential complex at 21st and P Street.  The approval was preceded by a motion from Council Member Jayne Raybould to limit the development to 128 units, a size she said would be a better fit for the neighborhood.  Raybould said neighbors to the development complained to her that the development would be too large, and would create congestion and related problems.

The project was approved 5-1, with Raybould voting no and Council Member Tom Beckius abstaining.