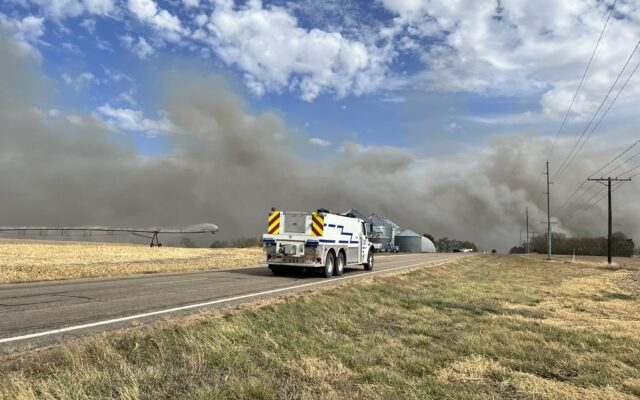 LINCOLN–(KFOR Oct. 25)–New information has been released into what started a large grass fire Sunday afternoon that affected portions of northern Gage and southwestern Lancaster counties near Hallam.

Chief Fire Investigator Adam Matzner from the State Fire Marshal’s Office told KFOR News a farm implement machine was shredding grass and weeds, which caused the fire. The fire originated in the area of SW 86th and West Apple Road in northern Gage County and spread up to about the area near SW 100th and West Panama Road in southern Lancaster County.

Two firefighters were hurt and five structures, including three homes, were destroyed.  No civilian injuries were reported.

No investigation has been done on another large grass that happened between Cortland and Firth.