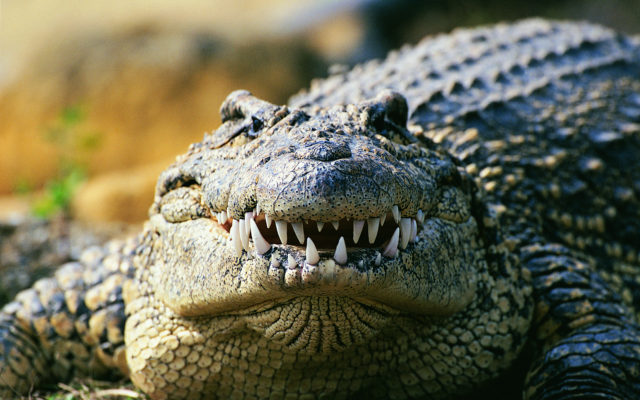 Ever day I try and find something positive to help get my day on the right track. When I find humor instead of negative crap in the press I have to share it with you. This is one of those times.

Apparently, an inflatable alligator pool float purchased by a family vacationing in Florida looked a little too real — at least to an actual alligator. Georgia resident Dave Jacobs and his family were staying at an Airbnb rental home when they first spotted the real-life alligator in a nearby lake. The gator must have taken a liking to the family, because the following day, they found the same alligator in their swimming pool — lounging atop its inflatable doppelganger, Jacobs says. After attempts to coax the creature away from its newfound friend failed, the owner of the property called in a wrangler, who managed to separate the two gators and get the real one back to its home. “I guess it’s not that unusual, but it was unusual to me,” Jacobs says.

Everyone needs a friend now and then. Gators are no different. HA