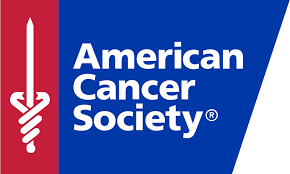 (KFOR NEWS  February 7, 2020)  Lincoln, NE. – Cancer advocates of the American Cancer Society Cancer Action Network (ACS CAN) from across the state traveled to the Nebraska State Capitol Wednesday to call on the Legislature to prioritize Nebraskans’ health and make the fight against cancer a top priority.

“Our advocates came from all over the state to speak to legislators about their personal connection with cancer and why putting Nebraskans’ health first is so important,” said ACS CAN Nebraska Government Relations Director Nick Faustman.

The visit was part of Cancer Action Day at the Capitol, which brought together cancer patients, survivors, their family and friends, and policy experts to encourage lawmakers to pass legislation to prohibit indoor tanning for youth under 18 to protect them from skin cancer and include e-cigarettes in the statewide smoke-free indoor air law.

Everyone has the right to breathe clean, smoke-free air and no one should have to choose between their health and paycheck. However, the current statewide smoke-free air law does not include e-cigarettes. We must protect workers and the public from harmful secondhand smoke exposure and to create communities that support tobacco-free living. The science is clear—there is no risk-free level of exposure to secondhand smoke. Strong smoke-free laws are the only proven way to protect workers and patrons from secondhand smoke, while also helping people who currently smoke quit and keeping youth from starting altogether. LB 840, which includes e-cigarettes in the smoke-free air law, has been introduced at the statehouse and volunteers urged lawmakers to support this comprehensive legislation.

Cancer advocates were pleased to speak with their elected officials and look forward to continuing their conversations throughout the legislative session.