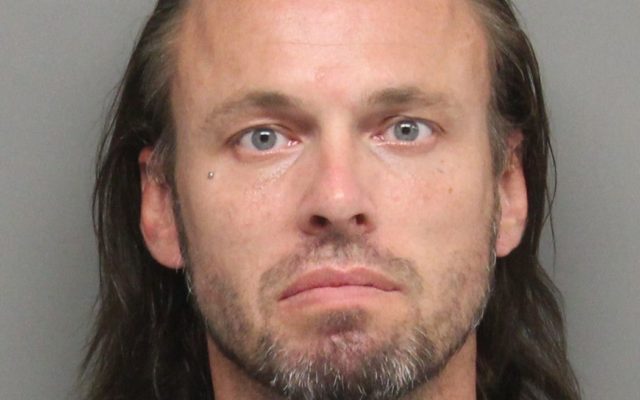 Lincoln, NE (September 28, 2021)  Lincoln Police were called on Monday, just before 10 a.m., to Diamond Self Storage at 2601 N 27th Street on a report of a burglary in progress.  The caller said she heard a sound coming from the storage unit next to hers.  When she entered it, she found the interior wall had been removed and items were missing.  The woman saw a man leaving the storage unit next to hers and she left to call police.

When officers arrived, they found the left side wall of the storage unit missing and the right-side wall was also loose.  Officers located a man inside the neighboring unit with the loose wall and he was taken into custody.   It was determined he had gained access to the victim’s unit and both neighboring units as well.  The woman identified him as the same person she saw leaving the storage unit.

Officers located items stolen from the victim’s storage unit, as well as from another victim’s unit inside, along with hammers, a pry bar, and screwdriver.  The man was identified as 40-year-old Matthew Hutchinson.  It turned out that Hutchinson was wanted for two other theft cases from August and September.  Hutchinson was arrested for Burglary, Possession of Burglar Tools, and cited for two counts of misdemeanor theft.