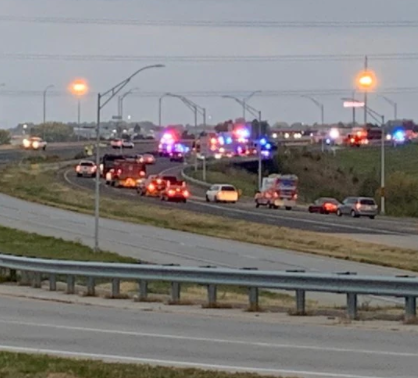 (KFOR NEWS  October 20, 2021)   A deadly crash has forced the closure of Highway 77 in southwest Lincoln.  Northbound lanes are open at this time (9am CENTRAL), but remains closed southbound.

Lincoln Police report a pedestrian was killed in the southbound lanes of Highway 77, near Rosa Parks Way, just before 7 a.m. Tuesday.

Our partner, 10/11 NOW reports a second crash occurred a short time later in the northbound lanes of the highway.  At least two people were taken by ambulance from the scene.  It’s unclear if the fatality was among them.

In a tweet, the Lincoln Police Department urged drivers to avoid the area during the morning commute.
READ MORE:   Streets To Temporarily Close Sunday For Half-Marathon