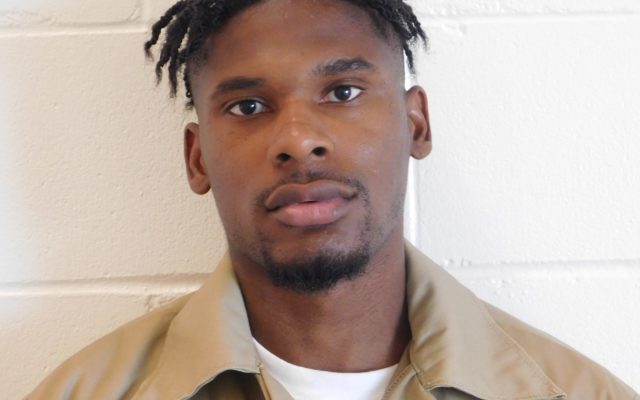 LINCOLN–(News Release Feb. 10)–Authorities have been notified about an inmate missing from the Community Corrections Center-Lincoln. Davaughn Johnson #76406 had been at the center since August 2020 and had recently been granted parole pending completion of quarantine. The quarantine was in place due to a positive case of COVID-19 in the wing where he lived. There was no evidence of direct close contact.

Shortly before 2:00 p.m. Wednesday, staff were conducting a search of his cell and located a cell phone. Half an hour later, he was found to be missing from his room. A review of surveillance video showed him jumping a fence at the facility and going east on Van Dorn Street.

Johnson started serving his sentence on August 29, 2012.  He was sentenced to 13 years and two months to 23 years for multiple charges out of Lancaster County that include: accessory to a felony (murder), terroristic threats, assault on an officer and assault by a confined person.  He has a tentative release date of March 31, 2030, which was scheduled to have been completed under parole supervision.

Johnson is 28-years-old, 5’ 7”, 136 lbs., with black hair and brown eyes.  Anyone with knowledge of his whereabouts is asked to contact local authorities or the Nebraska State Patrol.