BREAKING: Fire Breaks Out At Lazlo’s In The Haymarket 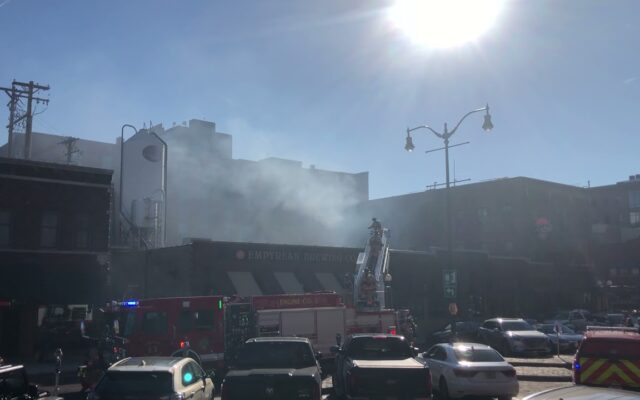 LINCOLN–(KFOR Nov. 6)–A fire broke out late Saturday morning inside the kitchen area of Lazlo’s restaurant and brewery at 210 North 7th Street, in Lincoln’s Haymarket District.

The call came into Lincoln Fire and Rescue around 10:40am.  KFOR’s Operation Manager Rob Kelley was at the scene to take video and snapshots of the fire, as crews were attacking the roof to knock the fire down.  The fire was declared under control around 11:12am.

KFOR News has learned the Health Department is being sent out, likely to close the restaurant down for now.  No other immediate details were available, as the fire and cause remain under investigation.

This is a developing story.  Stay with KFOR FM103.3/1240AM and kfornow.com, along with out social media platforms for the latest information.