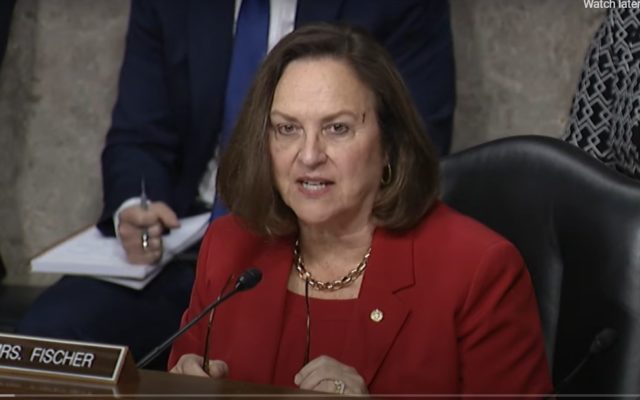 Both commented after Senate hearings into the U.S. withdrawal from Afghanistan.

Fischer, a senior member of the Senate Armed Services Committee, pushed Secretary of Defense Lloyd Austin, Chairman of the Joint Chiefs of Staff General Mark Milley, and CENTCOM Commander General Kenneth McKenzie for answers about President Biden’s statement that he received no advice to maintain a small force of troops in Afghanistan.

Sen. Fischer: General Milley, in your written testimony, you state a withdrawal would “increase risks of regional instability, the security of Pakistan and its nuclear arsenals, a global rise in violent extremist organizations, our global credibility with allies and partners would suffer, and a narrative of abandoning the Afghans would become widespread.” Would you agree all of those things have happened over the last eight weeks or are currently happening?

General Milley:  I think in the main, yes Senator, most of those are probably happening right now.

Sen. Fischer: And I hope that we see in the future, military advice having more consideration by the administration on what will happen from what you and General McKenzie have said today.

General Milley: If I may, Senator, I can tell you with one-hundred percent certainty that the military voice was heard and it was considered.

Sen. Fischer: It was considered but not followed, correct?

Sasse, a member of the Senate Select Committee on Intelligence, issued the following statement after General McKenzie stated he recommended keeping 2,500 troops in Afghanistan. President Biden last month denied that any such recommendation was given.

“President Biden lied when he told the American people that nobody urged him to keep 2,500 troops in Afghanistan. Today, under oath, General McKenzie flatly contradicted the President. This is the worst American foreign policy disaster in a generation and the President is trying to cover his ass with political spin. Throughout this bloody and shameful disaster, President Biden has relied on lies, spin, and happy talk to get from one news cycle to the next. This is not a PR crisis — this is a moral crisis of the President’s own making.”