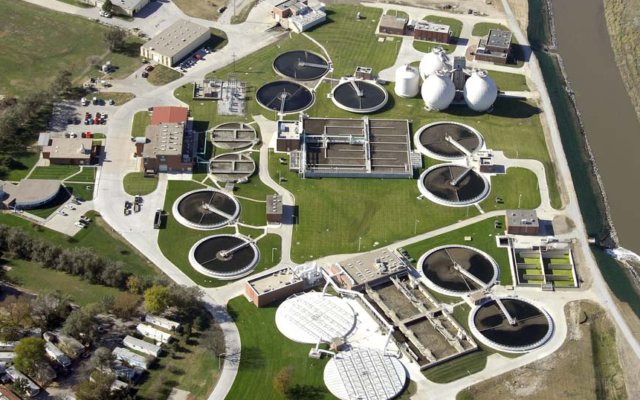 Lincoln, NE (February 25, 2021) Mayor Leirion Gaylor Baird today announced the successful completion of a project to use the biogas from a City wastewater facility to produce vehicle fuel. The Lincoln Transportation and Utilities Department (LTU) began the biogas sustainability initiative at the Theresa Street Water Resource Recovery Facility in 2017.

“This sustainability initiative is a major accomplishment for the City as our team continues to upgrade our infrastructure in ways that also protect our environment and quality of life,” said Mayor Gaylor Baird. “With this project completed, we are now actively creating vehicle fuel that is currently being sold on the national market. This upgrade is estimated to generate $2.6 million every year, recouping our costs in just 3.3 years. The revenue will help to fund operations and further system improvements.”

The digestion of solids in the wastewater that goes to the facility produces methane, a powerful greenhouse gas. Instead of flaring this gas, the City has used the biogas to generate electricity for the treatment plant since 1991. When the generators reached the end of their useful lives a few years ago, Lincoln Wastewater System decided to upgrade the technology to make even better use of that biogas. The new process  treats, cleans, and transforms the renewable natural gas into quality vehicle fuel.

The City’s partners in the project include HDR Engineering, Building Crafts Incorporated, and Black Hills Energy, which built the infrastructure needed to connect the renewable natural gas to the national natural gas pipeline system.

“Last year, Black Hills Energy announced its commitment to creating a cleaner energy future, building on our commitment to safe, reliable, and affordable energy, and our history of advancing sustainability in Lincoln,” said Kevin Jarosz, Vice President of Nebraska Operations. “This is our third renewable natural gas project in Nebraska, and the volume produced in Lincoln is enough to transport football fans on 718,857 one-way trips from SouthPointe Pavilions to Memorial Stadium each year.”

“LTU anticipates this project will produce 100 billion British thermal units of renewable natural gas annually, the equivalent of about 875,000 gallons of gasoline,” said LTU Assistant Director Donna Garden. “Natural gas vehicles can operate on the type of non-fossil fuel we are producing, reducing greenhouse gas emissions by up to 75 percent compared to gasoline or diesel vehicles.”

To get the renewable natural gas on the marketplace, the City is also partnering with Bluesource, a national energy management company.

The Theresa Street facility received the Special Innovation Award for the project from the Nebraska Water Environmental Association in 2020.  It also received the organization’s Scott Wilber Award for its commitment to excellence in facility operation and maintenance while maintaining environmental compliance.

This biogas project is the latest environmental innovation at the City’s two Water Resource Recovery Facilities. The Theresa Street facility sends millions of gallons of treated effluent to UNL’s Innovation Campus to heat and cool its buildings every year. Effluent from the Northeast facility is used at the Lincoln Electric System Terry Bundy Station for cooling.