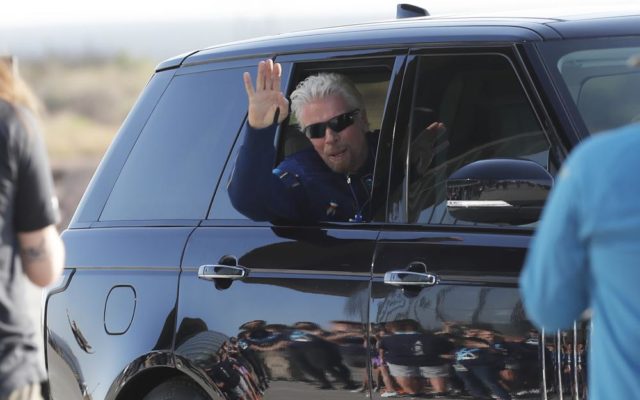 TRUTH OR CONSEQUENCES, N.M. (Jul. 11, 2021 – AP) – Thrill-seeking billionaire Richard Branson has reached space aboard his own winged rocket ship in his boldest adventure yet. The feat vaults the nearly 71-year-old Branson past fellow billionaire and rival Jeff Bezos, who is planning to fly to space in a craft of his own nine days from now.

With about 500 people watching, including Branson’s wife, children and grandchildren, a twin-fuselage aircraft with his space plane attached underneath took off in the first stage of the flight. Branson and five crewmates from his Virgin Galactic space tourism company reached an altitude of about 53 miles (88 kilometers) over the New Mexico desert – enough to experience three to four minutes of weightlessness and see the curvature of the Earth – and then safely glided back home to a runway landing.

The flamboyant, London-born founder of Virgin Atlantic Airways wasn’t supposed to fly until later this summer. But he assigned himself to an earlier flight after Bezos announced plans to ride his own rocket into space from Texas on July 20, the 52nd anniversary of the Apollo 11 moon landing. Branson denied he was trying to outdo Bezos.