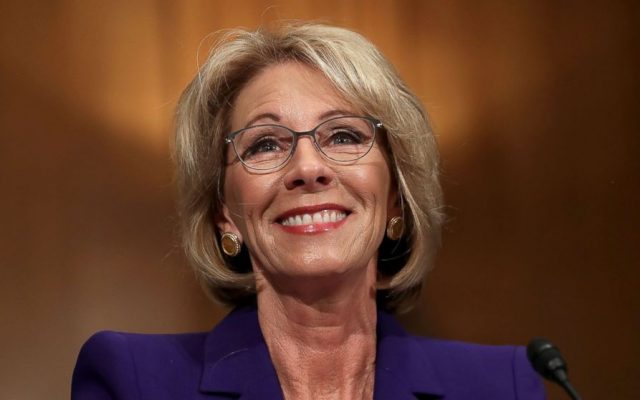 (KFOR NEWS  April 16, 2021)   LINCOLN, NE – The following is a statement from Stand For Schools, a Nebraska-based nonprofit dedicated to the ongoing tradition of public school excellence:

“Billionaire Betsy DeVos, the former U.S. Secretary of Education, has in recent days been contacting Nebraska state senators to encourage them to support Legislative Bill 364, a scholarship tax credit bill introduced by Senator Lou Ann Linehan of Elkhorn that is expected to have its first round of floor debate in late April.

“We question why the former U.S. Secretary of Education is suddenly so interested in Nebraska education, unless the true intent of LB 364 is to create a tax credit this year and to grow it exponentially over time, as has happened in states like Arizona and Georgia,” said Ann Hunter-Pirtle, Executive Director of Stand For Schools.

LB 364 would allow wealthy individuals and corporations to receive a dollar-for-dollar tax credit on donations to private scholarship granting organizations, a type of tax incentive the state does not provide for any other type of charitable giving. This means if someone in Nebraska’s highest income tax bracket gave $10,000 to a scholarship granting organization, they would receive a $10,000 credit on their state income taxes, as opposed to the $684 tax deduction they would receive for the same size donation to their church, to a food pantry, or to cancer research. LB 364 would reduce the amount of revenue available in Nebraska’s general fund, which is used to fund all state priorities like public health, public safety, public roads, and public education. As a result, low- and middle-income taxpayers will continue to shoulder the responsibility of funding these critical programs and services at a time when Nebraska already ranks 49th in the nation for state funding of K-12 public schools, which serve nine out of ten children in the state.

“Despite repeated attempts, Betsy DeVos failed to expand private school tax breaks during her tenure as Secretary of Education. So now, DeVos is sticking her nose into Nebraska’s business by calling our state legislators and pushing a bill here that would hurt our public schools,” said Jenni Benson, president of the Nebraska State Education Association.

American Federation for Children (AFC), an organization DeVos founded, aggressively lobbies for school privatization policies like charter schools, vouchers, and neo-vouchers, including when DeVos was the sitting U.S. Education Secretary. This in spite of strong public opposition and mounting evidence demonstrating these programs have repeatedly failed students. The organization’s state affiliate is Invest In Kids Nebraska.”