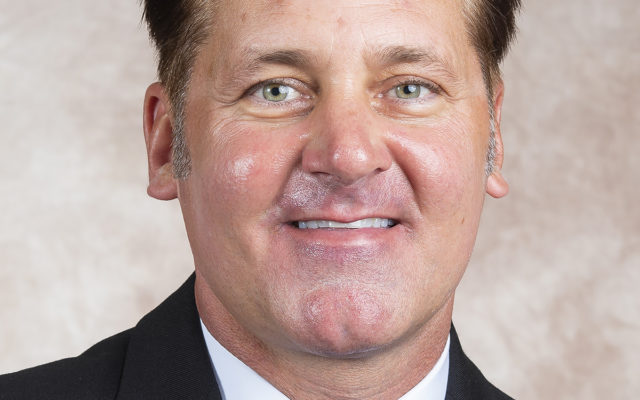 Balak, who has spent the past two seasons as an assistant coach for the Husker program, previously spent 18 seasons as the head coach at Nebraska Wesleyan (1995-2013). He led the Prairie Wolves to eight top-10 finishes at the NCAA Division III Championship from 1999 to 2013, including the 2006 NCAA title. It was the first national championship for any team in Nebraska Wesleyan history. For his performance, Balak was named the 2006 Golf Coaches Association of America (GCAA) Dave Williams National Coach of the Year.

“It is truly an honor and a privilege to have the opportunity to lead the Nebraska men’s golf program,” Balak said. “I have had an opportunity to be part of the start of the building process at Nebraska for the past two years and I am confident in the direction we are headed. We have some talented and hard-working golfers returning to our program, and we are looking forward to climbing the ladder in the Big Ten to contend for conference championships and NCAA regional bids in the future.”

In his time as the head coach across town at Nebraska Wesleyan, Balak coached 24 All-Americans and was a 14-time conference (NIAC or GPAC) coach of the year. His Prairie Wolves won 74 tournament titles in his 18 seasons, an average of better than four tournament victories each year. Balak was also the 2006 Omaha World-Herald State College Coach of the Year across all men’s sports.

“Coach Balak has a tremendous track record of success,” Moos said. “He has proven that he can lead a Midwestern golf team to a national championship right here in Lincoln. He has also proven that he can maintain national championship-level success over the long term. We were impressed with the relationships that he built with our current golfers and recruits in his time as an assistant, and we are looking forward to helping him lead our golf program to new levels of success in the near future.”

A Schuyler, Nebraska native, Balak served as the tournament director for both the 2002 and 2006 NCAA Division III National Championships. He was elected by his peers as the lone NCAA Division III representative on the GCAA National Advisory Board. He also coached 14 GCAA All-America Scholars as Nebraska Wesleyan’s head coach.

Balak, who began his career as an assistant men’s golf coach at Nebraska Wesleyan from 1992 to 1995, co-founded The Putting Key, a putting aid company based in Omaha. A 1991 graduate of Nebraska Wesleyan, Balak was a member of the men’s golf team at NWU.