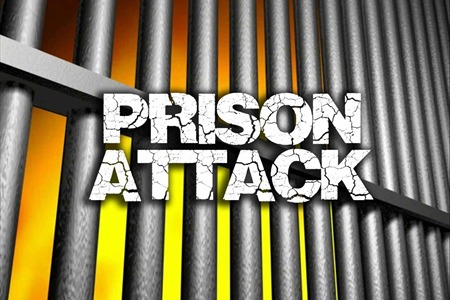 (KFOR NEWS  October 13, 2021)   An inmate at the Lincoln Correctional Center (LCC) went to the hospital Monday for treatment of a serious injury, resulting from an assault by another inmate.

The inmates were involved in physical altercation that left one of the men with a puncture wound to his chest.  A homemade weapon believed to have been used during the assault was recovered inside a trash can.  It had been passed to a third inmate who threw it away.  Facility staff also recovered a bag inside the same trash can, thought to contain homemade alcohol.

The housing unit where the assault happened was placed on modified operations* to allow for additional interviews with witnesses.  Results of the investigation will be provided to the county attorney for determination of criminal prosecution.  The NDCS disciplinary process will be utilized with sanctions, such as loss of good time, applied according to the rules and regulations.