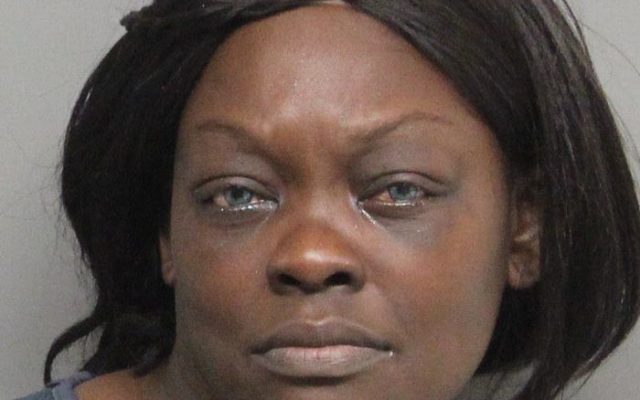 LINCOLN–(KFOR Nov. 11)–A 47-year-old woman is accused of terroristic threats and using a weapon to commit a felony, along with third-degree assault, after a disturbance late Monday night  south of 70th and “O” Street.

Lincoln Police say officers were called out to the 400 block of Honor Drive, where they talked to a 49-year-old man, who said he and his girlfriend were hanging out with a friend that led to an argument.  The friend asked them to leave and as the man was getting into his vehicle to leave, his girlfriend came out of the apartment with a large kitchen knife.  Police say the woman, later identified as D’Angela Williams, threatened to kill him, as he retreated to his vehicle.

Police say Williams apparently started banging on the car and slashed a tire with the knife.  Police saw the damage on the car consistent with a knife being used.  Williams was found inside the apartment with a knife next to her belongings and then taken to jail.