And the BEST Ghost song is….? 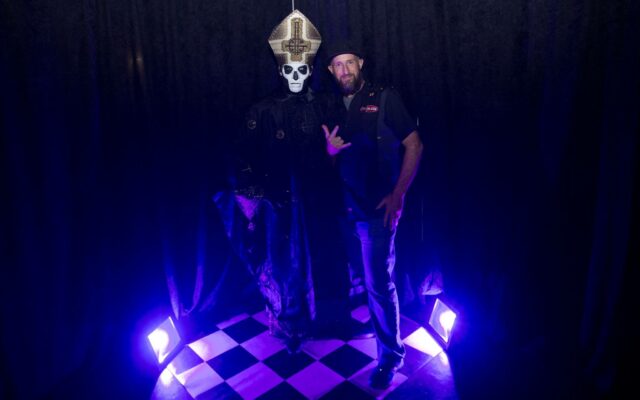 While the Ghost might not be everyone’s cup of tea, the band has millions of fans all over the world – but even some of them had to work their way up to the Swedish act’s harsher material. Knowing this, frontman Tobias Forge has revealed what he thinks is the best Ghost song for newbies to check out first.

Forge says “Cirice,” from the band’s 2015 album Meliora, best represents he and his bandmates. “I think ‘Cirice’ is a good track for that because it sums up a lot of the concepts of the band lyrically and musically,” Forge says. “There’s a big handful of metal in there, but also AOR and melody. There’s a sort of androgynous element that I like to try to harness into our songs, and I think ‘Cirice’ has that ambiguity — it’s meant to sound dangerous. It’s meant to sound double in nature and kind of deceiving. But you can also listen to it as a complete comfort track.”

Ghost’s fifth album, Impera, is OUT THIS FRIDAY!