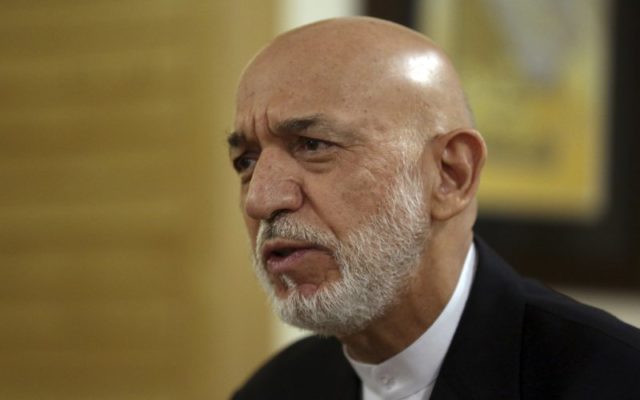 KABUL, Afghanistan (AP) — Afghanistan’s embattled president left the country Sunday, joining his fellow citizens and foreigners in a stampede fleeing the advancing Taliban and signaling the end of a 20-year Western experiment aimed at remaking Afghanistan.

The Taliban, who for hours had been on the outskirts of Kabul, announced soon after they would move further into a city gripped by panic where helicopters raced overhead throughout the day to evacuate personnel from the U.S. Embassy. Smoke rose near the compound as staff destroyed important documents. Several other Western missions also prepared to pull their people out.

U.S. Secretary of State Antony Blinken rejected comparisons to the U.S. pullout from Vietnam, as many watched in disbelief at the sight of helicopters landing in the embassy compound.

President Ashraf Ghani flew out of the country, two officials told The Associated Press, speaking on condition of anonymity because they weren’t authorized to brief journalists. Abdullah Abdullah, the head of the Afghan National Reconciliation Council, later confirmed that Ghani had left.

“The former president of Afghanistan left Afghanistan, leaving the country in this difficult situation,” Abdullah said. “God should hold him accountable.”

In a stunning rout, the Taliban seized nearly all of Afghanistan in just over a week, despite the billions of dollars spent by the U.S. and NATO over nearly two decades to build up Afghan security forces. Just days earlier, an American military assessment estimated it would be a month before the capital would come under insurgent pressure.