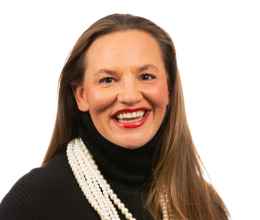 “We will miss Danielle dearly and she has our deepest gratitude for everything she has poured into this organization and our work advancing and protecting the rights of all Nebraskans,” said ACLU of Nebraska Board President Ashlei Spivey. “Danielle’s leadership has built a foundation that will allow us to grow our impact to new heights in the years to come. We wish her nothing but the best on her next chapter and I know she will always be a friend to the ACLU.”

Spivey’s Statement said that, during Conrad’s tenure, the ACLU of Nebraska has grown to “one of the most impactful advocacy organizations in the state, earning legal victories in areas such as LGBTQ equality, open government and reproductive rights; engaging on hundreds of legislative bills and resolutions each session; and driving voter engagement through nonpartisan educational efforts focused on communities that have historically faced barriers to the ballot box. Under Conrad’s leadership, the ACLU of Nebraska has grown from a staff of four to a team of 10 full time staff with two contract lawyers.”