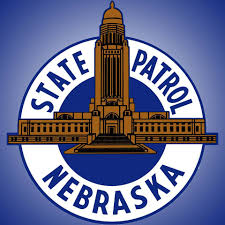 At approximately 5:15 p.m. Tuesday, a trooper observed a Honda sedan fail to signal a turn while exiting I-80 at Kearney. During the traffic stop, the trooper detected clandestine activity and performed a search of the vehicle, revealing 15 pounds of marijuana and approximately $1,500.

The driver, 43 year old, Peter Blizzard, of Redway, California, was arrested for possession of marijuana – more than one pound, possession with intent to deliver, and possession of money during a felony drug violation.

At approximately 8:20 p.m. Tuesday, a trooper observed an eastbound Chevrolet Malibu speeding near Lexington at mile marker 242. During the traffic stop, a K9 from the Dawson County Sheriff’s Office detected the odor of a controlled substance. A search of the vehicle revealed 53 pounds of marijuana, 3 pounds of THC wax, and 300 THC vape cartridges.

24 year old, Nathan Wessels of Lincoln, was arrested for possession of marijuana – more than one pound and possession with intent to deliver.

At approximately 11:30 p.m. Tuesday, another trooper noticed a Range Rover speeding on I-80 at mile marker 305, near Alda. During the traffic stop, the trooper because suspicious of criminal activity. Troopers searched the vehicle and found multiple fraudulent credit cards, a forgery device, and marijuana.