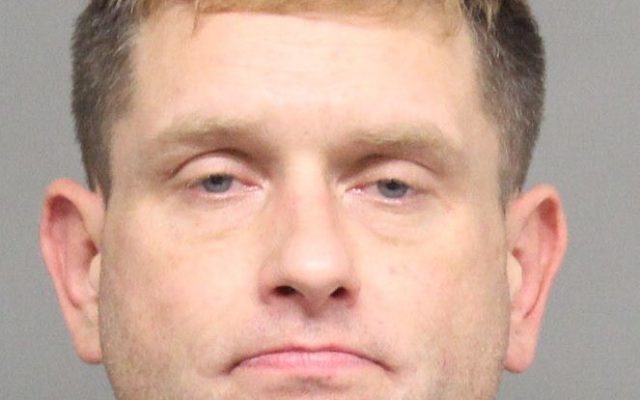 Lincoln, NE (November 18, 2020)  On October 20th just after 1pm, police were called to the Northwest Lincoln Kawaskai plant  on a report of a gun stolen from the vehicle.  A 57 year old woman reported that she parked her car in the lot while she was at work.  The victim reported the vehicle was locked at the time she left it.  When she returned to her vehicle over lunch break she saw that the vehicle’s window was slightly down and the center console had been rummaged through.  She told police she kept her .380 Smith and Wesson handgun in the center console and it was now missing.

Yesterday, four weeks later, just before 9am, police were called to Kawasaki again.  Plant security reported the same truck was back and the driver appeared to be looking into vehicles.  Officers arrived and confronted 41 year old Jarrad King.  He was driving a white Ford F-150 with in-transit papers.  They recognized him as the same man seen on the video stealing the victim’s handgun.

When the officer asked King to get out of the pickup, he initially refused and was argumentative.  Eventually, he agreed to get out, but immediately started to reach into his jacket despite being told he was under arrest.  King resisted officers and kept reaching into his jacket.  The officers continued to struggle with him for several minutes before he was taken into custody.  Officers located a knife with a 4 ¼ inch blade inside King’s jacket.

Due to previous convictions, King is prohibited from possessing a prohibited weapon such as a knife.  King was arrested for Theft, Resist Arrest, Possession of a Weapon by a Prohibited Person, and Carrying a Concealed Weapon.