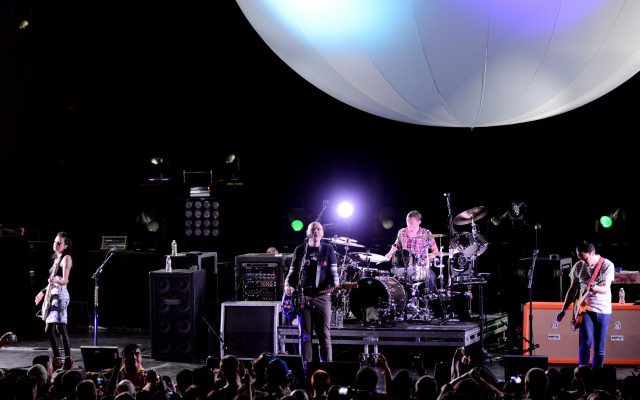 I’ll never forget the first time I caught the Smashing Pumpkins. They opened up for the Red Hot Chili Peppers along with  a new band called Pearl Jam at Penny Park in Omaha. It was an amazing show. I certainly didn’t realize how big these bands would eventually become. Had I known, I would have probably payed more attention. Billy Corgan is amazing musician and I love all the Pumpkins material . The new record “CYR” is pretty killer. Give it a listen.

Even though the Smashing Pumpkins just released a new record, Billy is back to work on the next release.

The band just started recording a 33-song new album that will serve as the sequel to the Mellon Collie and the Infinite Sadness double album as well as the two installments of Machina. Smashing Pumpkins released a blurry pic of a drum set on social media with the caption, “Songs are written, lyrics too…so now it’s just record-record-record.”

Last year, frontman Billy Corgan confirmed the 33-track sequel was in motion, saying the material was shaping up to be “kind of a rock opera.” Looking forward to it Billy.