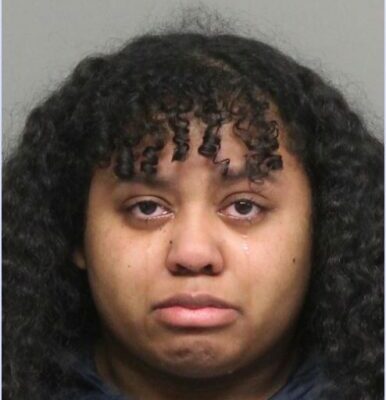 (KFOR NEWS  February 3, 2022)   At 2 in the morning Wednesday, 18-year-old, Valea Lewis, showed up at her ex-boyfriend’s apartment place in the 2400 block of N. 56th Street, where she got into an argument with his new girlfriend.

Police say Lewis threatened to kill the female, grabbing a 10″ steak knife as everyone left the apartment.  The ex-boyfriend and his new girlfriend went outside and locked themselves in his car, with Lewis close behind.

Lewis reportedly stabbed the hood of the car, while continuing to threaten both people inside.

Lewis was arrested for Terroristic Threats and Use of a Weapon to Commit a Felony.