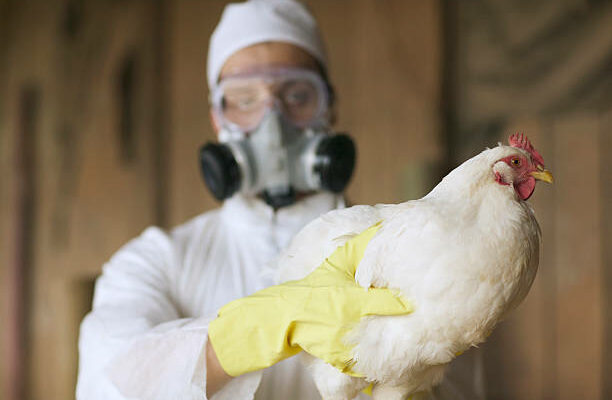 (KFOR NEWS  December 6, 2022)   The Nebraska Department of Agriculture (NDA) in conjunction with the United States Department of Agriculture’s (USDA) Animal and Plant Health Inspection Service (APHIS) confirms another case of highly pathogenic avian influenza (HPAI), bringing the total number of cases of HPAI in Nebraska this year to 14.  The most recent case is a backyard flock in Knox County, where more than 2 million laying hens have already been depopulated because of bird flu.  Dixon County has accounted for approximately 3.5 million cases of bird flu in laying hens.

According to NDA State Veterinarian Dr. Roger Dudley, the affected flock in Knox County has been depopulated and disposed of in an approved manner.  Poultry producers should know the signs and symptoms of HPAI and notify NDA immediately of sick or dying birds.

HPAI is a highly contagious virus that spreads easily among birds through nasal and eye secretions, as well as manure.  The virus can be spread in various ways from flock to flock, including by wild birds, through contact with infected poultry, by equipment, and on the clothing and shoes of caretakers.  Wild birds can carry the virus without becoming sick, while domesticated birds can become very sick.  According to the Centers for Disease Control and Prevention, the risk to people getting HPAI infections from birds is low.

Symptoms of HPAI in poultry include: a decrease in water consumption; lack of energy and appetite; decreased egg production or soft-shelled, misshapen eggs; nasal discharge, coughing, sneezing; incoordination; and diarrhea.  HPAI can also cause sudden death in birds even if they aren’t showing any other symptoms. HPAI can survive for weeks in contaminated environments.

NDA is encouraging bird owners to prevent contact between their birds and wildlife and to practice strict biosecurity measures.  If producers suspect signs of HPAI in their flock, they should report it to NDA immediately at 402-471-2351.  More information for producers can be found at https://nda.nebraska.gov/animal/avian/index.html or http://healthybirds.aphis.usda.gov.