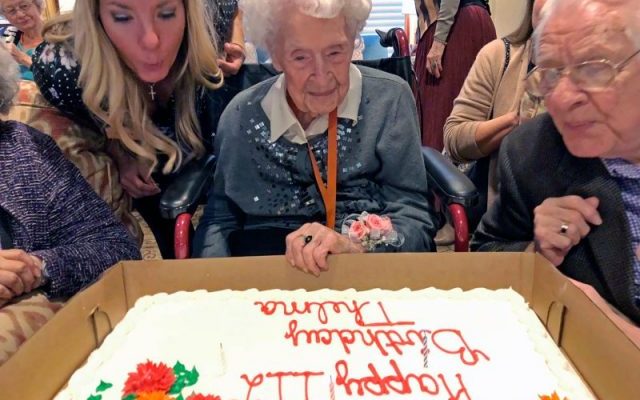 (KFOR NEWS  April 29, 2021)   (AP) – A 114-year-old Nebraska woman who has taken the title of America’s oldest living person says what she wants most is to eat with her friend after a year of pandemic restrictions.

The Omaha World-Herald reports that Thelma Sutcliffe, of Omaha, was born on Oct. 1, 1906.  The Gerontology Research Group said she became the nation’s oldest living person and 7th-oldest in the world on April 17 when Hester Ford, a 115-year-old woman, died in North Carolina.  Her longtime friend, Luella “Lou” Mason, said she is happy that the senior living center where Sutcliffe lives is locked down, but “Thelma is as determined as ever to do what she wants to do.”